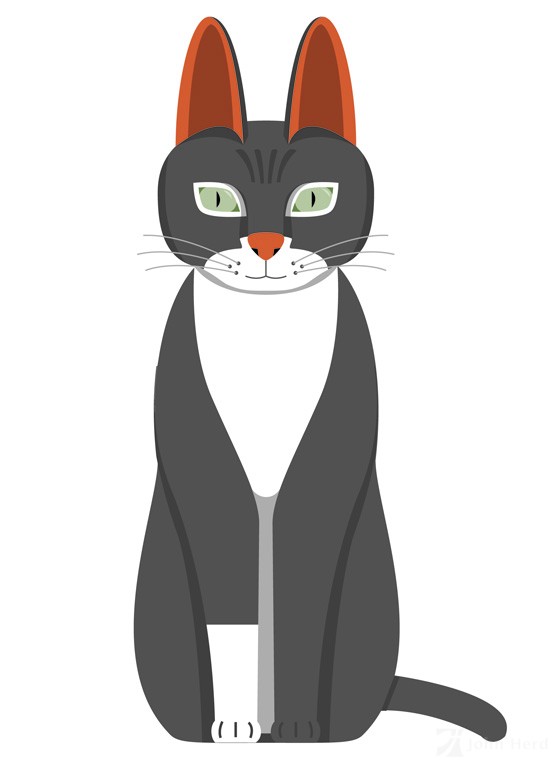 This is a fellow of my acquaintance called Steve. Steve is remarkable. I’ve known cats who seemed very intelligent, I’ve known cats who were quite dumb, but I’ve never met one who is both to such a high degree. Yes, Steve is the smartest and dumbest cat I’ve ever encountered.

These peaks and valleys of Steve’s intellect make him the perfect subject for a cartoon/comic strip (think Sylvester). That doesn’t mean I’m going to produce one, since that would involve going through a ton of tutorials and re-learning Flash, but I can hone and practice my Adobe Illustrator skills designing a caricature. This drawing is my first go at creating a cartoon cat, and to be honest, I don’t think I’m there yet. It’s not “cartoony” enough and lacks a certain fluidity. The paws should be bigger and the face is too realistic. For my next drawing I will leave out the colour all together and focus entirely on the design and dimensions.

As for Steve, he has a bad case of cabin fever waiting for this interminable winter to end so he can chase mice and birds to his heart’s content. 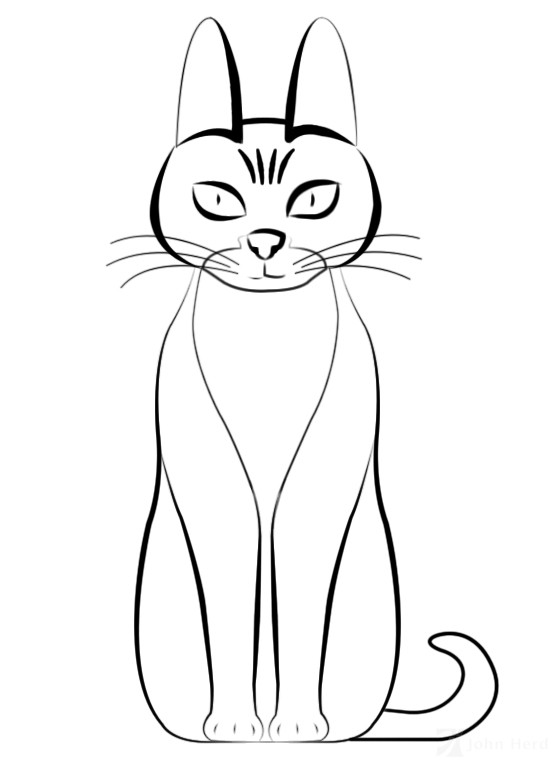 Here is the tracing filled with colour. I’m pretty happy with how it looks, so the next goal is creating new sketches from different angles and positions using the same style. 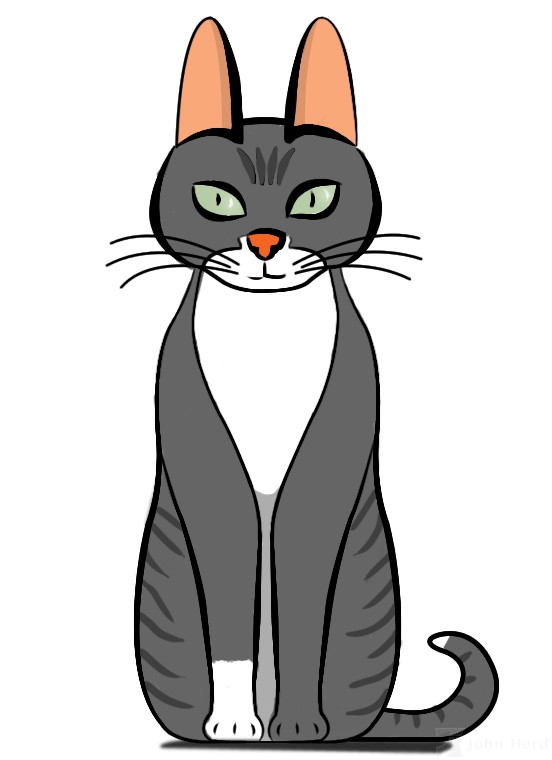