Work continues at a slow, deliberate pace on my 3D spitfire. I am focusing this entry on changes I made to the aircraft’s fuselage to correct the profile. I find one should always re-examine one’s work. Just because a mesh “looks right” does not mean it is accurate. The changes I made to the mesh make it a far superior recreation of a Spitfire MK. 1 then the one shown in the previous entry. More details after the break.

The problem with the mesh was I had to top of the fuselage joining together in a way which was much too triangular. This became apparent when I started constructing the cockpit window. I realised that the mesh was much more triangular then real life examples of Spitfires. The entire top of the mesh was reshaped to an accurate fuselage design. The following image demonstrates the problem: 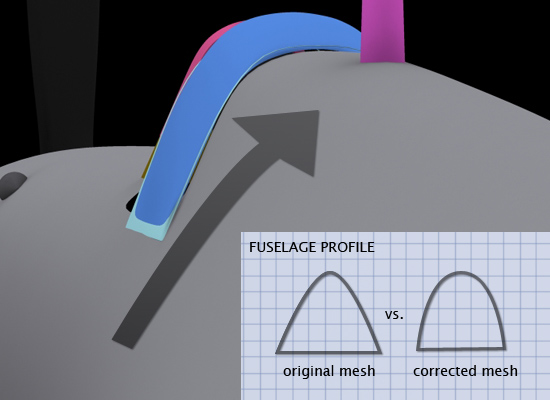 The image shows the corrected fuselage leveling off rather then coming to a point, which occurred in the earlier version of the mesh.

This was not the only correction I made to the mesh. On careful examination of the reference images I have accumulated I noticed that the area around the propellor needed more definition. The problem is one thinks of the Spitfire as been a very clean, streamlined design but the area around the nose, which contains the engine, is quite bulky. 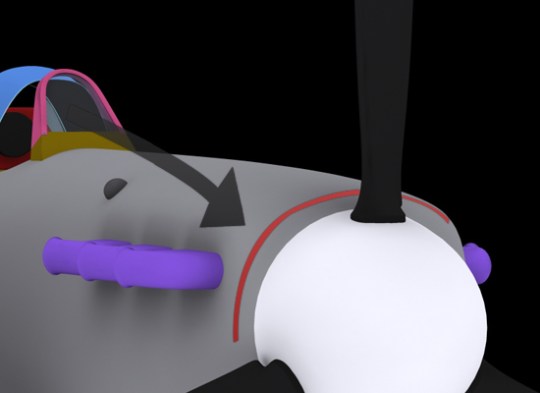 As the above image demonstrates there is a prominent ridge were the fuselage meets the propellor. the earlier mesh was sleeker and more streamlined, but not accurate enough compared to the MK. 1 Spitfire. Interestingly, this trait appears to more exaggerated in later versions of the plane, presumably due to larger engine sizes.

As for the overall 3D model, this is a personal project with no deadline, so progress has been slow and steady. There is plenty of detail modeling remaining for the Spitfire and I have to design a pilot. I intend create pilot with ZBursh. The following is an image of what I have completed so far: 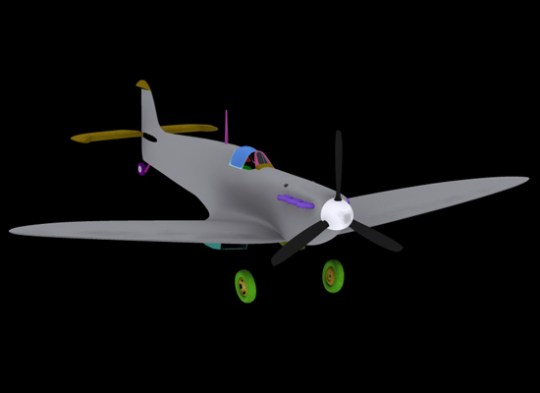 The main elements that need completion before I turn to the smaller details and texturing are the rear wings, wheel struts, and windshield. I will post more images and details about the Spitfire once I have made more progress.